Graeme is arguably best known as the Music Director for Network 7’s “CAROLS IN THE DOMAIN”. He has held that position since 2009 following four years as the choral director for this same event. Some of the artists he has worked with include: Josh Groban, Engelbert Humperdinck, Katherine Jenkins, Leo Sayer, Jessica Mauboy, Dami Im, Mark Vincent, Kate Ceberano, Jimmy Barnes, Lee Kernaghan, Troy Cassar-Daly, Samantha Jade, Hugh Sheridan (plus more) with the Sydney Youth Orchestra. Since 2016 Graeme has also been the Music Director for Channel 7's Carols by Candlelight in Elder Park, Adelaide.

He has performed in a number of sell-out tours with THE SEEKERS as the Music Director, keyboardist and arranger for their 50th Golden celebration tours in Australia, UK and NZ.

Graeme is also the MD for Andre Rieu's Australian soprano MIRUSIA LOUWERSE, when she travels on her popular solo tours,and has concluded three Netherland Tours, producing and arranging two 'live' CDs, an exquisite live DVD, "Beautiful That Way" and the studio recording "This Time Tomorrow" (with its accompanying Live DVD).

With a music education background  Graeme was the Head of Music at a private secondary college for 13 years.  During this time he was, and continues to be, in great demand as a conductor, composer, arranger and clinician.

In 1995 - 1997, Graeme was invited to Atlanta Georgia USA with his wife Neryl. During this period he travelled as a guest clinician to many of the States of the USA and while residing in the USA, he toured as guest conductor and clinician in Canada, New Zealand and the UK.

“Graeme's reputation as a director, arranger and visionary extends across the globe, leading to many invitations to lead vocal and instrumental workshops or concerts or both.”

He has over 50 choral works and instrumental arrangements published in USA, UK and in Australia. He resides in Sydney in the St George area and yes, he is an avid Dragon supporter! 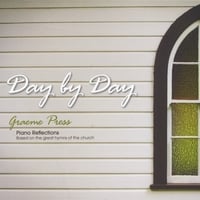